Happy Monday, hope you have all had a fabulous weekend. I for one have had the best weekend.

I was VERY  kindly invited along to a sold out Bongo’s Bingo in Newcastle and wow it was such a fantastic night! Situated in the City centre at Boiler Shop a 2 minute walk from Central train station.

I’d heard lots of people on many social media platforms and a few of my friends talking about Bongo’s bingo but I was never sure what on god’s earth it actually was until I went and wow I strongly recommend to anyone who loves bingo and loves to have fun!.

Less than a few minutes after the countdown to bingo had finished everyone and I mean EVERYONE was up dancing on the tables to the Michael Jackson song Thriller and the atmosphere was incredible! We happened to go to the ‘Day of the Dead’ themed night so the host and his fabulous team where dressed up in halloween costumes and the room was decked out in day of the dead theme.

The whole night consisted of playing bingo, dancing on tables and laughing our heads of at the host and his witty jokes.  The prizes that people won ( I never won as I’m rubbish when it comes to winning anything) were funny too, someone won a hetty hoover, a Freddie krueger and Theresa May cardboard cut outs, 60 bags of monster much, a giant unicorn and of course there was even cash prizes thrown in there as well. 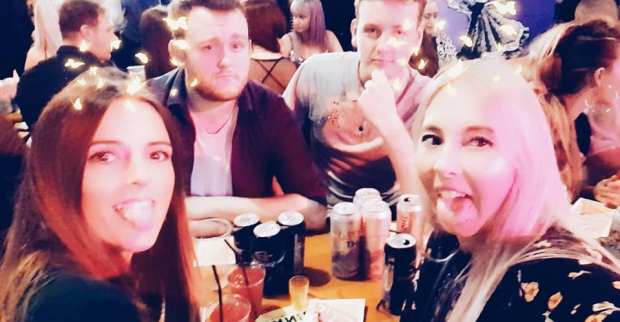 After the bingo has finished we got treated to a live set from Cascada which was fabulous and I didn’t realise how many of her songs I actually knew haha.

Not only does Bongo’s bingo come to Newcastle is also comes to a various amount of cites  in the UK. For more info please go to www.bongosbingo.co.uk

Tickets for January is ON SALE from Monday 6pm SHARP. Blazin’ Squad are also playing here on 21st January and also on 1st/2nd February so if you’re looking for something to after those Christmas blues then grab tickets whilst you can!.

I had the best night ever and will definitely be going again if I can get my hands on the tickets and they sell out VERY quickly! Can’t recommend Bongo’s bingo enough it’s such a great night out for anyone over 18!