If you didn’t know this already I bloody love theatre shows and my local theatre is simply beautiful. I’ve been going there since I can remember.  My love for musicals has grown so much over the years. I simply adore live entertainment especially how theatre is different to a concert as no-one is allowed to be on their phones except for the intervals!

Another thing if you don’t already know is that I love rock musical so when I heard about this fabulous musical I was very exited to be attending.

About Hair – The Musical

This Love/rock musical and book is written by Gerome Ragni and James Rado. Music by Galt MacDermot. It’s a musical is based in the late 60’s around the hippie culture set in New York who want to change the world. The songs within this musical became anthems of the anti-Vietnam War peace movement.

This 50th anniversary production tour of Hair – The Musical  has dates at Sunderland Empire, from 6th-11th May 2019. 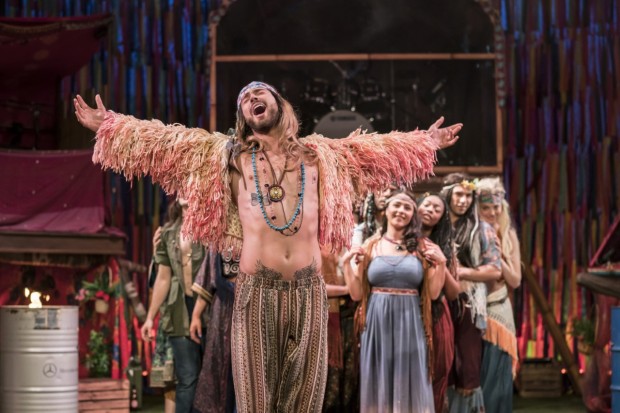 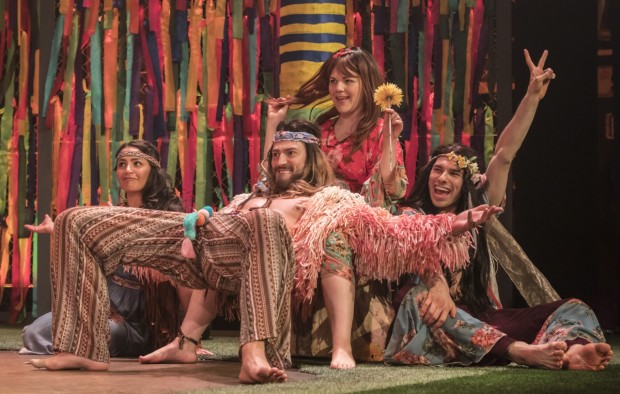 I went to the show not fully knowing what it was about or if I was going to like it BUT it was amazing! I really enjoyed the storyline of the show and the music. This show is heavily singing based as opposed to half acting half singing so it’s a little different to the norm, but nevetheless it was a good feel good show.  The songs were very catchy and the whole cast blew me away with there talented voices and acting skills!. I was particularly blown away by Daisy as I’m so used to seeing her playing Kim in Hollyoaks, she was fantastic.

I loved the entire show but for me my fave part has to be when the cast sang ‘ Let the sun shine in’ acapella style, it gave me goosebumps the harmonies were so tight throughout. Well done to the cast and production team, they show is one to see for sure!. I left wanting to become a hippie haha.

This fabulous show is only in Sunderland until the 11th May so be quick and grab you tickets now. It is also touring the uk so be sure to check it out in a theatre near you! Highly recommend checking this show out if you can!

Do you love musicals? What’s your fave?